skip to main | skip to sidebar


The river finally managed to drop to an acceptable level for the kayak, so I figured with the spring we have had it was time to get out while the getting was good. The day was warm, in the 70’s and partly sunny. I launched around mid-day and was surprised the find the launch ramps were still buried in mud from the previous high water events that we have had this spring. 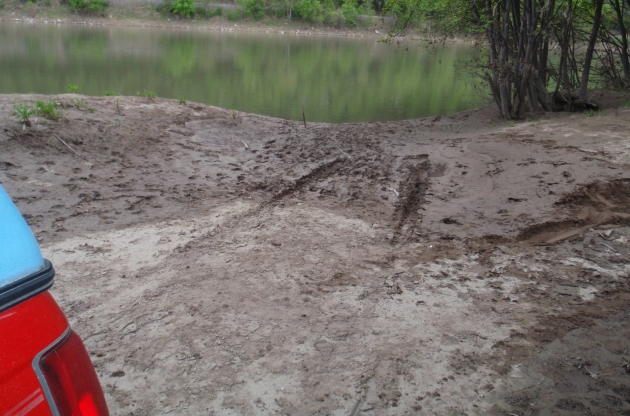 Once I was done dragging the kayak and my gear over the slippery mud that was ankle to calf deep in spots I was off on the first kayak fishing trip this year due to the river levels and unfavorable weather. Anglers need to be careful around the river during these conditions because even though the levels were down, the flow rate was not and the banks are extremely slippery and the water is still very cold. An angler falling into the river would be swept downstream fairly quickly in the colder water and would have a hard time getting back up the slippery bank, so caution needs to be taken when fishing the Susquehanna or any river in these conditions. 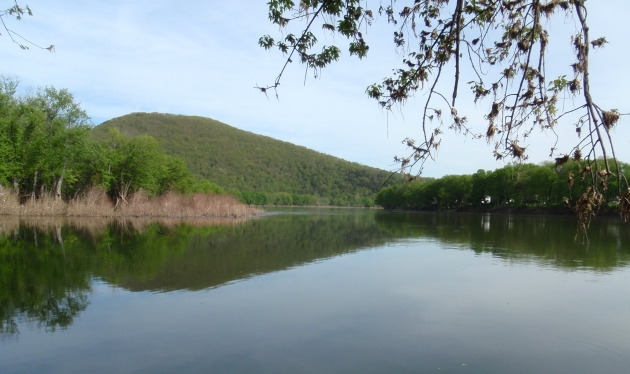 I quickly made it downstream to a feeder stream that was swollen; I set myself in the small eddie at the mouth so that I could easily swing the lure across the merging currents and the small seams that they were creating. First cast with a 6” Storm swimshad and I had a 30” Northern hit it just as it broke the current seam at the edge of the eddy pocket running tight to the bottom on a slow retrieve. Not a bad first fish for the first kayak trip this season. Several casts later I lost a musky at the side of the kayak and decided to move up into the feeder.
This ended up being my only fish for the afternoon, but not for a lack of trying. Some days are just better than others. 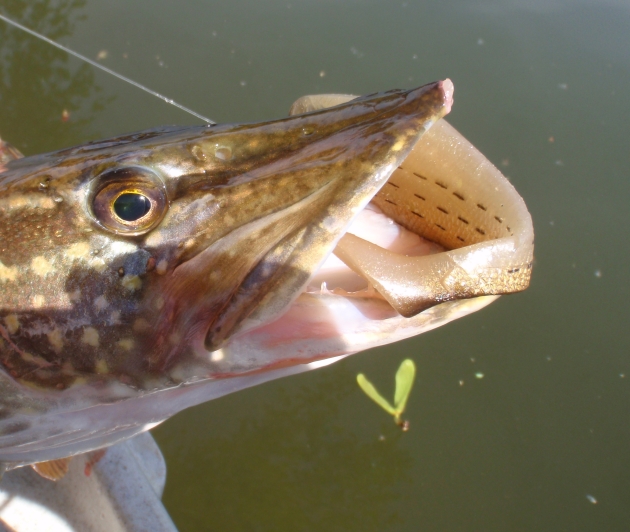 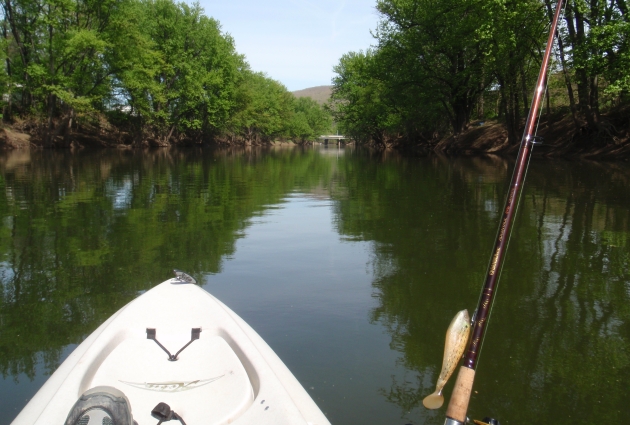 I was targeting Pike, Walleye or Musky, so I wasn’t looking for or even fishing for smallmouth, which are in their spawn time currently and are only a catch & immediate release fishery from mid-April through to father’s day. I like to give them a break this time of year and concentrate on the musky, Pike or walleye while they are still very active with the colder water temps.

The river was a work out to get back upstream with the increased flow rate and would have been a tough paddle, but this season I’m using a Hobie Outback and I have to say that the Mirage Drive System on the Hobie made heading back upstream against the current in that particular area much easier than it would have been by paddle. 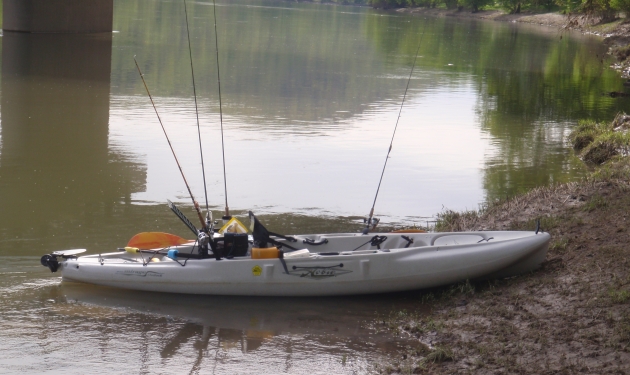 The river is forecast to rise again to a level that I prefer not to kayakfish on, so as soon as I can I will get out there and catch up another report.